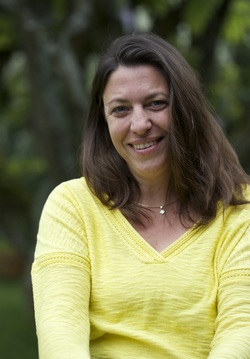 ​​I like to work with clay in different ways but my favorite skill is to throw on the wheel. Either I will keep it round or I will reshape it into organic features. I like to work on the texture to get different effects.
I have enjoyed working with clay since I was a child growing up in the small village of Confignon in Geneva, Switzerland. I learned pottery's skills from my father, Pascal Ducimetière, who became a potter on his forties.

In 1994, I started giving pottery classes at the local workshop in Confignon and in 2004, I became the President of the  "Atelier de poterie de Confignon".

I have lived in Malaysia for two years and got the chance to join Mr Cheah's workshop in Kuala Lumpur. I expanded my skills in Asian pottery techniques in his workshop but also by joining some international workshops and exhibitions in Asia. Back to Geneva I extended my skills in CFPArts and been graduated in Ceramic in 2019. Since then, I like to create new glazes on my own.
​​Exhibitions
Bio
Teaching pottery skills in Atelier de Confignon since 1994
Giving workshop for children of primary school at Ariana, in the field of Ecole et Culture since 2016
Graduated in ceramic in CFPArts, Geneva 2019
Joining different workshops to extend my skills and share about ceramic's art with other potters of different countries.